A: When it’s a bat, a shark, a little octopus, a giant octopus, a sting ray, a tiger, twin polar bears or Carmen Sandiego.

So yesterday I went to the Brighton Kite Festival!

I went because, really, who doesn’t love a good kite festival? But I also decided to go because my lovely sister has scampered back to the southern hemisphere, and I thought it was time I left my little comfort zone and tried my hand at making friends.

I found this website called Meetup where you can join groups of similar interests and go to their meets. So I joined a creative arts group and found them at the kite festival.

I think somehow in my head I had imagined that if I was brave enough to tackle the world of going to random gatherings solo, that somehow the universe would reward me with a kindred spirit immediately and we would be BFF’s forever. Okay, so I didn’t exactly figure it like that, but you know.

There were some nice people there, don’t get me wrong, but no ‘instant friends’.

Anyway, it was worth the trip out just to enjoy the sunshine, the kites, and a beautiful slice of lemon cake that one of the ladies in the group was sharing round. 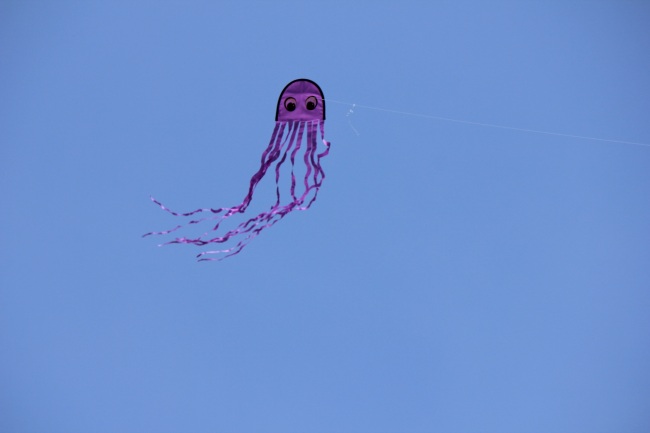 Little octopus. For all it’s simplicity, I think it was one of my favourites at the festival.

I think this ones name was Bruce. 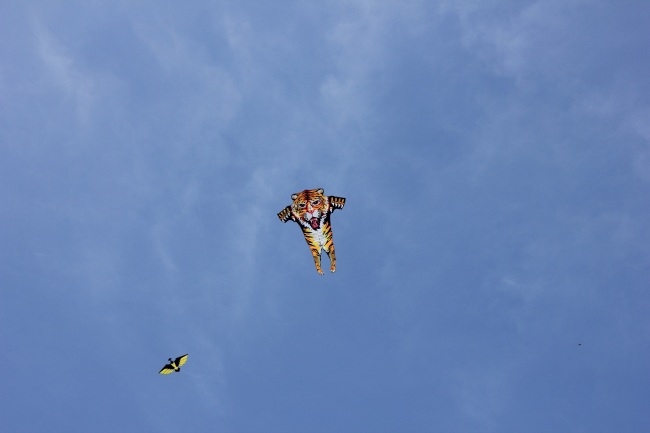 Awesome flying tiger. Another favourite of the day!

Where in the world is Carmen Sandiego? I found her! She’s in Brighton!!!

Proof that pigs can’t fly. At least, not in kite form.

Much better looking than any stingray I’ve seen in real life.

Giant Octopussy looking sad because he can’t get up off the grass.

But feeling better when he finally made it!

There were kites flying in tandem…. 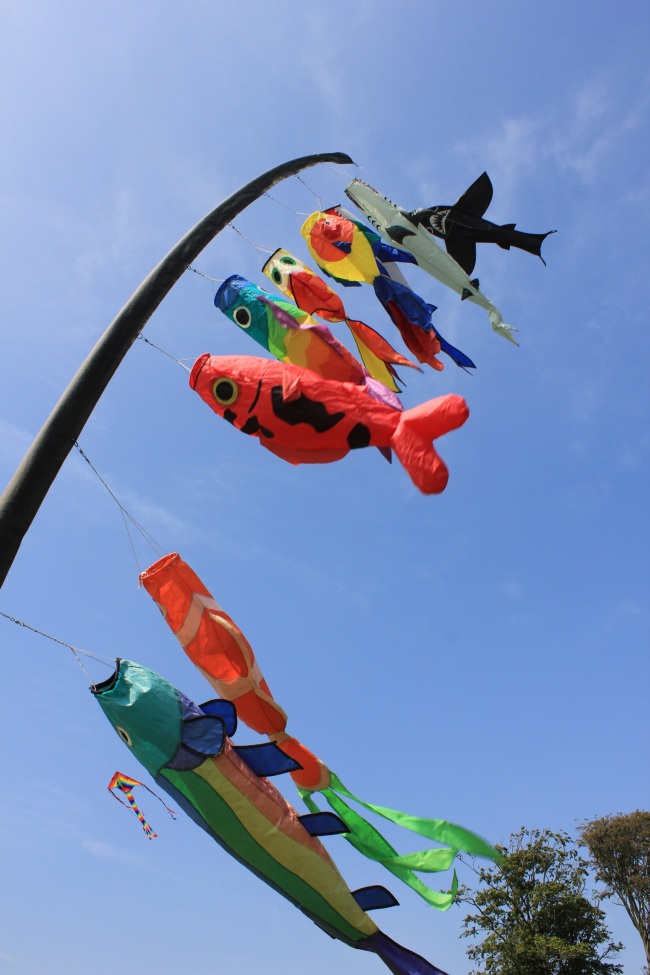 You could even go fishing.

It really was a lovely afternoon. I love kites.
*walks away singing Mary Poppins songs*