Okay, so I am moving to Brighton, England. In 35 days. On a one-way ticket.

Why, you say? Mainly because there aren’t any good reasons not to!

I’ve been wanting to move to England for about eight years now, and finally I’m single, with no serious career and no attachments. One of my sisters, Sarah, is already over there and I’m just going to go and join the adventure!

I leave at 2.30am on Sunday the 28th April. I have purchased a beautiful leather travel wallet, and I am working on a to-do list and a to-pack list simultaneously!

Would you like to see where I’m going? Here’s my pre-arrival tour around my new hometown….

First off, welcome to Brighton! I’ll be your tour guide for today, despite the fact that I’ve never actually been there.

The English version of the ‘Sunshine Coast’, Brighton is known for getting the most hours of sun in England per year.

Probably the most famous sight in Brighton is the Brighton Pier.

Originally built in 1981, the ‘Brighton Marine Palace and Pier’ (known as the Palace Pier for short) hosts arcades, rides, food, stalls and more!

While we’re down on the water, aren’t these beach houses cute?

Another beautiful historic building is the Royal Pavilion. Formerly a royal residence, the building and grounds are generally just a beautiful place to walk, sit, picnic, make out, whatever really. 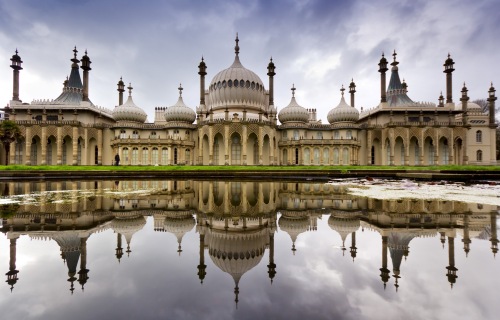 Yes, it does look like the Taj Mahal. That’s cos it was built in the ‘Indo-Saracenic’ style in 1781 for George, Prince of Wales. Thanks Wiki!

So you want to know the cool places to hang while you’re in Brighton visiting me in the near future? Check out The Lanes, good for antiques and jewellery shopping and some fancy restaurants. Very expensive, very beautiful. 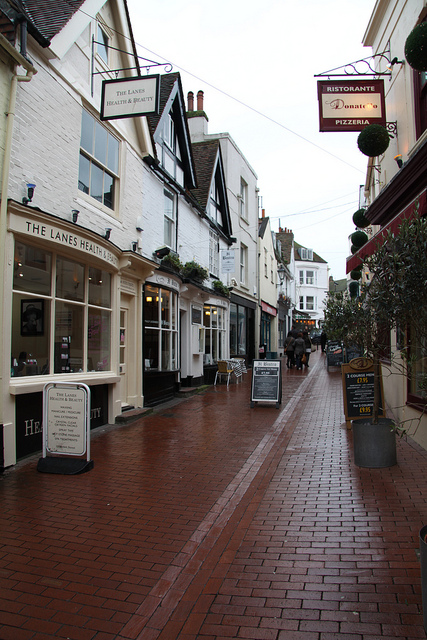 If you’re more alternate, like me, the hippie area North Laine might be more your groove. North Laine deserves two pictures, one for a special shop that I cannot wait to go buy things in!

This area is full of vintage clothes shops, some of the best record stores in the UK, and general hippie merriment!

And the shop of my dreams… 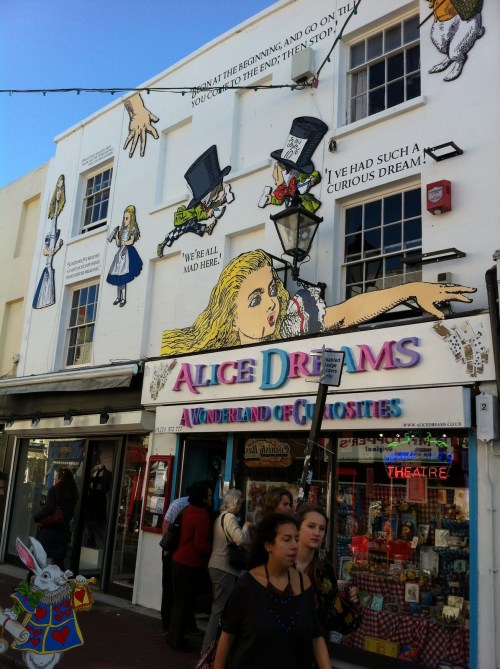 Where I will indubitably end up spending most of my savings.

Then there is the gay quarter, Kemptown. I’m really looking forward to spending some time here just people watching. Apparently in the early hours of the morning it looks like this…

However, at Pride festival (one of the largest in Europe) it may look more like this… 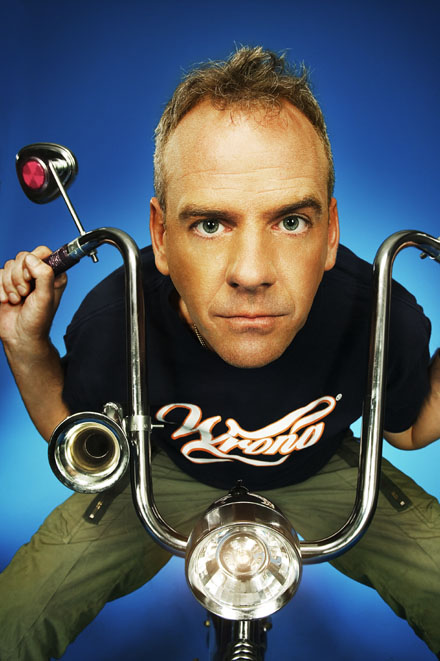 Apparently his restaurant is nowhere near as good as his music.

So there you go folks, tour ended. I’ll be able to tell you more once I get there, but in the meantime I’m living vicariously through google images.

This entry was posted in Decisions, Travel. Bookmark the permalink.